The Leland, MS, Frog Fest honors the home and birthplace of a famous banjo playing frog and his creator, Jim Henson.  While there, Muley had the opportunity to host the kids' costume contest and choose the Jim Henson Delta Boyhood Museum's door prize winner!  Click the image below for more images and information of what all went on at the Leland Frog Fest! 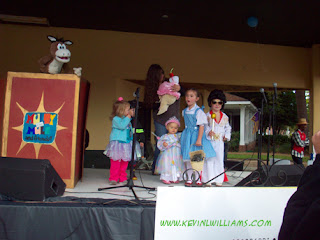 Posted by MuleyTheMule.com at 5:44 PM No comments:

Well, as you know, Muley the Mule gets the opportunity to speak to the kids of First Congo at least once a month, and was able to invite his friends to come along and appear on October 5 for the First Congregational 150th Anniversary Banquet, also celebrating Pastor Cheryl Cornish's 25 years as pastor of the church, and the 5th anniversary of Assoc. Pastor Sonia Walker. 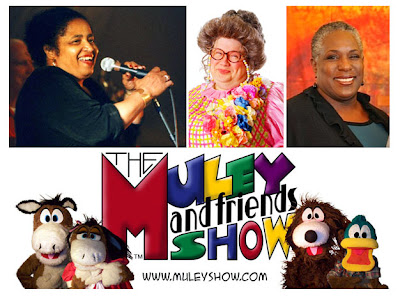 Hosted by Cecilia Johnson, the evening found a great documentary by Joel Chapman, followed by the comedic banterings of Sister Myotis, and the musical performance of Joyce Cobb and her band!  Muley and Friends joined in with Joyce as she performed "Love Train."  According to Director of Missions, Julia Hicks, there was a band performing at First Congo once that began playing "Love Train," and the audience got up and made a love train!  Pastor Cheryl missed it as she was at another event and upon learning that it happened sadly said, "You mean there was a love train at my church and I missed it?"  Thanks to Julia, not this time!

Muley the Mule and Friends talked about the church's impact on the city and the environment--of which the critters were very happy--and broke into a version of "This Land Is Your Land, This Land is My Land!"  They were accompanied on guitar by the beautiful, talented Annabeth Novitzki! 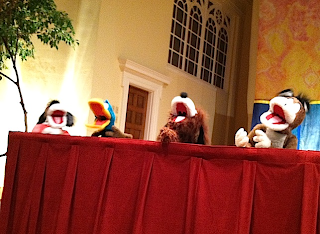 Attendees and performers in the show had the nicest things to share about the critters and their part in the show, and they were extremely happy to be there and participate!


Photos from the evening's festivities!

Learn more about the performers at their links provided in the Mu-Links section to the right of the webpage!
Posted by MuleyTheMule.com at 4:17 PM No comments: