Here she is: Meet Missy Mule!

You already know her.

She's that girl who is a born leader, who knows everything, and is the prettiest one in the whole room no matter what room she's in.  At least, in her own mind.  But, in the MuleyVerse, we have that girl and figure (for what it's worth, and that she's a 6-year-old talking mule) ours is correct!

She has to deal with the admirations of Roy Duck (who is girl-crazy anyway, so it doesn't mean much).  We think she likes it just because it's more attention and we do know for a fact that Missy loves the attention.  Spotlight, center of the party, the "look at me" attitude: it is what makes her so well-known and (dare we say) popular?

She studies dance, singing, acting, and modelling.  And we're still waiting to see her do some of it.

In the meantime, here is her "intro video" for this website.  The same one in which she caused one of our stage hands to quit.  I think you get to see it happen in the video.

She has been seen performing live, most notably in "Muley's Talent(less) Revue" where she turned the whole program into a guys vs. girls for top billing, and as the femme fatale in "SuperMule and the Cookie Caper" where she is victimized and her cookies are taken from her.

Here is a painting by artist DaMarco Randle:

Want to help Missy make it to the runway?  (Right click to save and then print.) 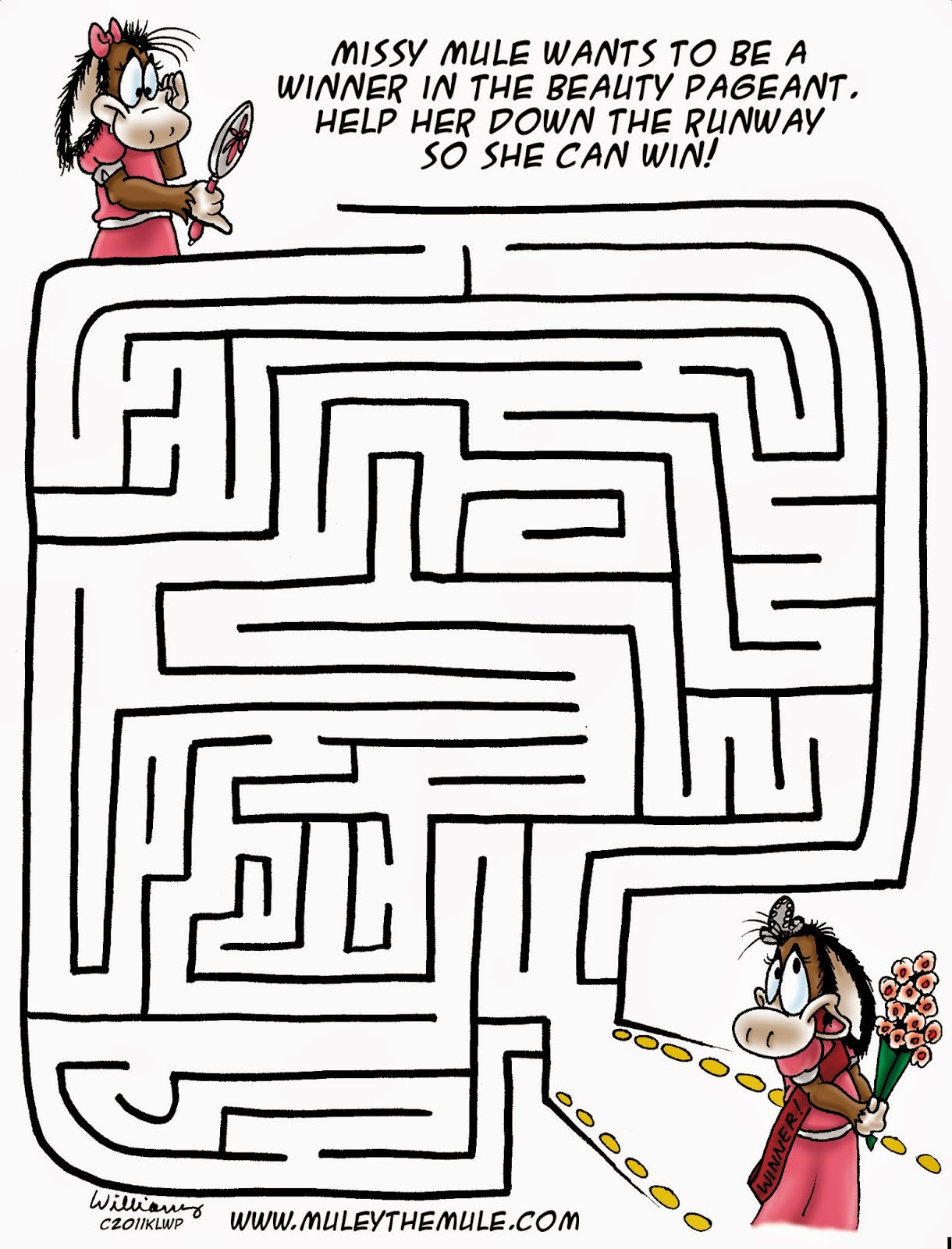 BOXY MISSY!  Created by Janet Wade (who has a hand in Missy's performances), you can now create your own Boxy Missy to add to your collection!  (Right click to save and then print.) 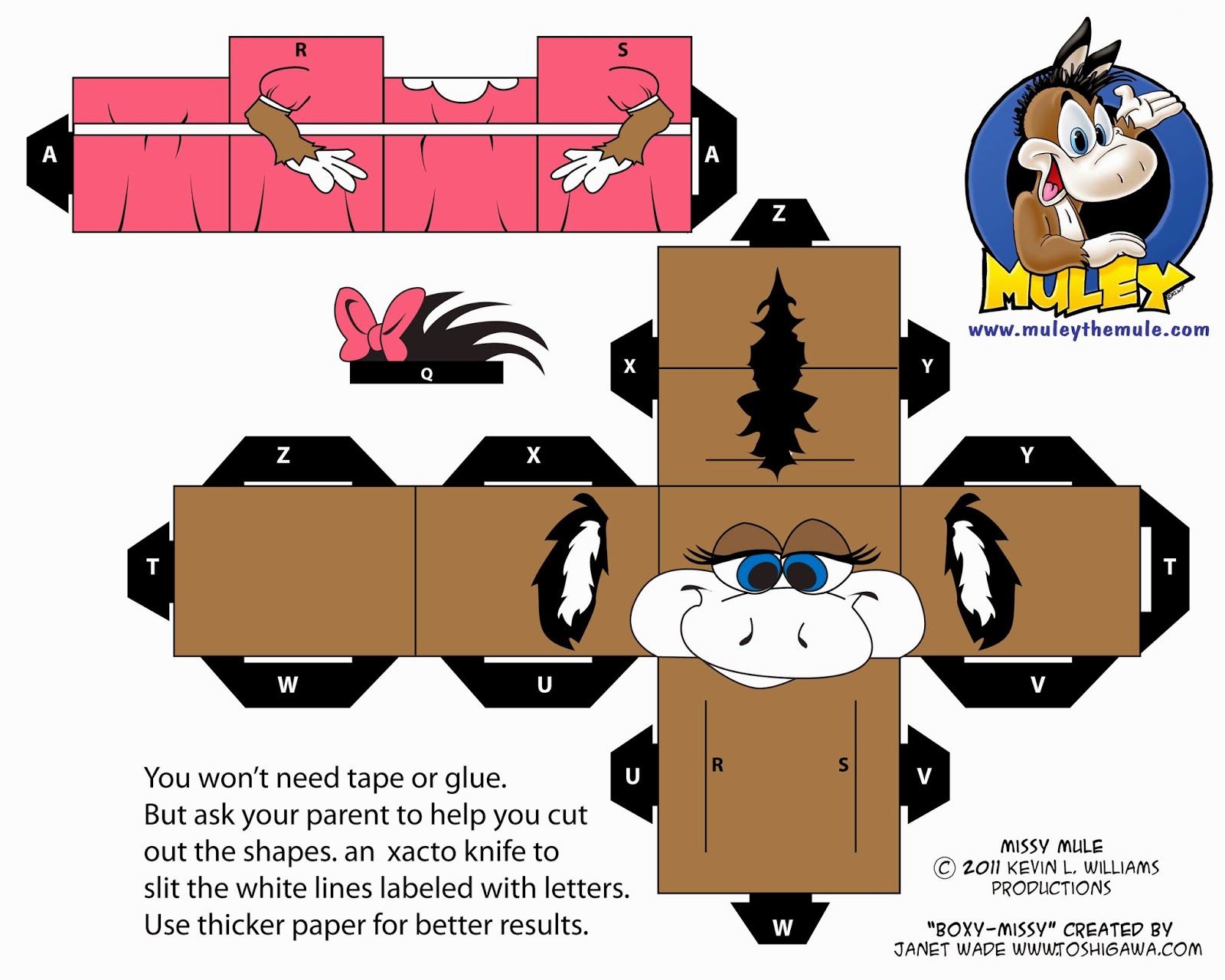 What can you do with your own Boxy Missy? 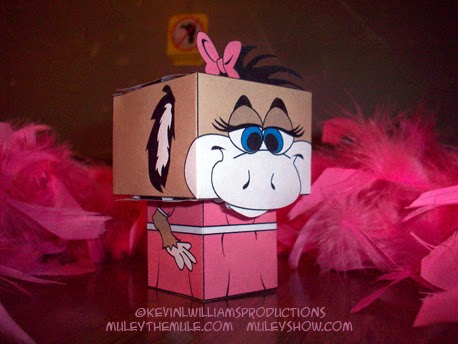 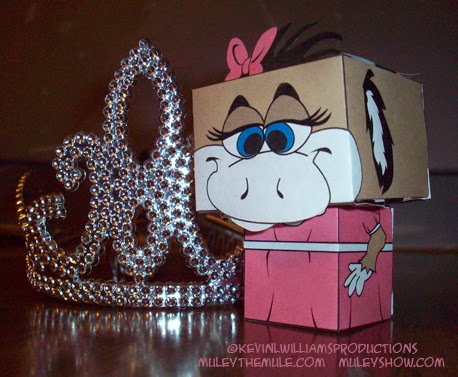 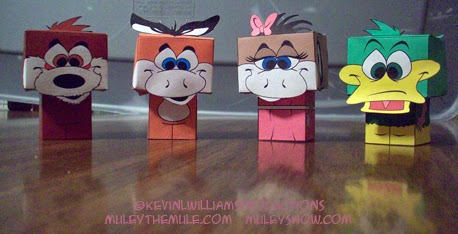 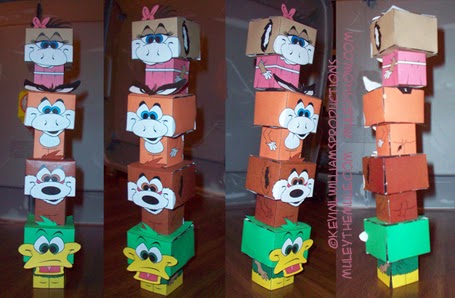 Want to own a collection of Muley the Mule and Friends' Comix and Stories featuring Missy Mule?  You can!  Click here: 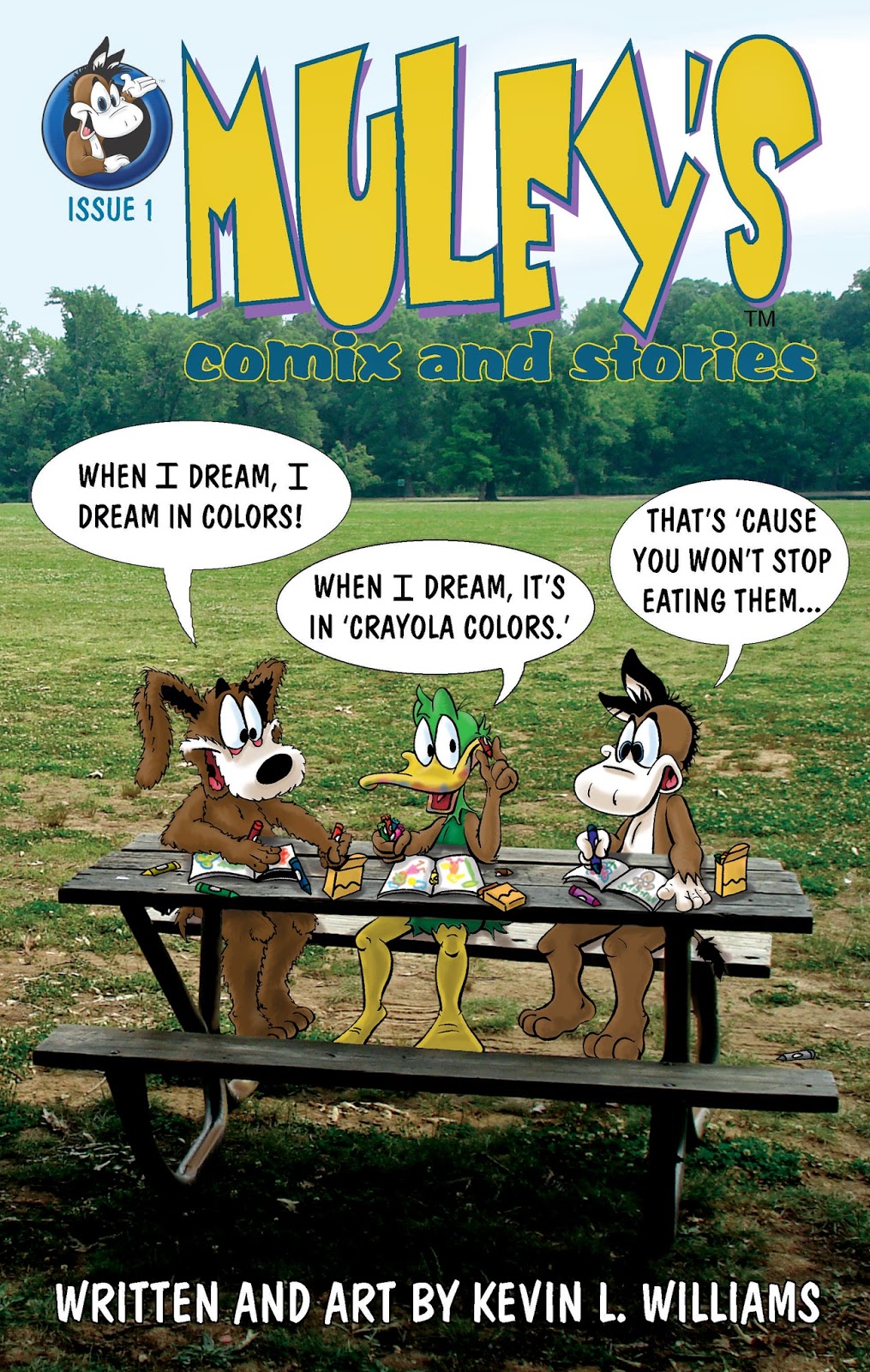 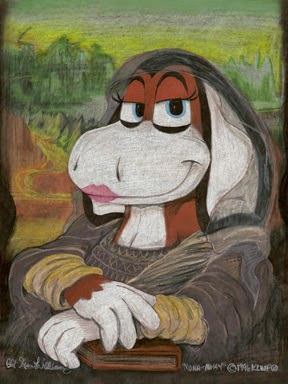